Melissa de la Cruz (born 1971) is an American author, known for her work in young-adult fiction. She is well known for the Au Pair series of novels and the Blue Bloods series. She now lives in the Hollywood Hills, Los Angeles with her husband Michael Johnston and daughter. 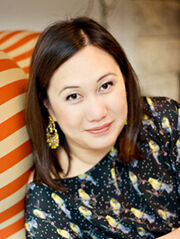 Melissa Ann de la Cruz, daughter of Concepcion and Alberto de la Cruz, spent her early years in Manila in the Philippines and emigrated to the United States with her family when she was 12. Her father was an investment banker. The family settled in San Francisco, where she graduated from Convent of the Sacred Heart High School. She went on to study art history and English at Columbia University. Her work as a nanny and her visits to The Hamptons formed the background for the book series, The Au Pairs. Her work as a fashion writer for Marie Claire was the inspiration for How to Become Famous in Two Weeks or Less which she co-authored with Karen Robinovitz. 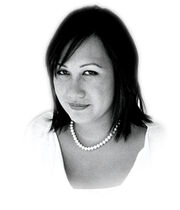 Melissa de la Cruz is the New York Times and USA Today best-selling author of many critically acclaimed and award-winning novels for teens including The Au Pairs series, the Blue Bloods series, the Ashleys series, the Angels on Sunset Boulevard series and the semi-autobiographical novel Fresh off the Boat.

Her books for adults include the novel Cat’s Meow, the anthology Girls Who Like Boys Who Like Boys and the tongue-in-chic handbooks How to Become Famous in Two Weeks or Less and The Fashionista Files: Adventures in Four-inch heels and Faux-Pas.

She has also worked as a fashion and beauty editor and has written for many publications including The New York Times, Marie Claire, Harper’s Bazaar, Glamour, Cosmopolitan, Allure, The San Francisco Chronicle, McSweeney’s, Teen Vogue, CosmoGirl! and Seventeen. She has also appeared as an expert on fashion, trends and fame for CNN, E! and FoxNews.

Nowadays, she cheiefly writes young adult novels, being the main author of three series set in the same universe, The Blue Bloods series, Wolf Pact series and The Beauchamp Family series, and co-author with her husband of a brand new series, The Other Land Chronicles series.

The Other Land Chronicles series

The content of this page is from The Blue Bloods Universe Wiki.

Retrieved from "https://literature.fandom.com/wiki/Melissa_de_la_Cruz?oldid=25909"
Community content is available under CC-BY-SA unless otherwise noted.